I have quite a large Warhammer 40K Miniatures Gallery, it is split into sections according to army and then most of the armies are split into HQ, Elites, Troops, Fast Attack and Heavy Support. I also have my original 40K pictures available as well.

I have been working on my Ork army for Warhammer 40K for too long now. You can see the progress in the Ork section of Jimbo's Workbench. I am adding a Feral Ork element to this force as well. 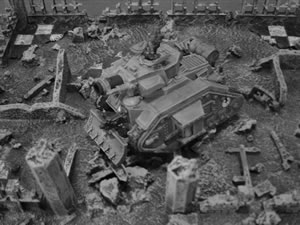 I am also working on a Daemonhunters force which is taking just as long! With the Witch Hunters I aim to also build a small force of them!

Check out the battle reports, these mainly involved my Orks versus Simon's Imperial Guard, though some are from shows.

Battle report: No more Orks... In this Warhammer 40K Battle Report a force of Grey Knights, Imperial Guard and Space Marine vehicles destroy my Orks in what turned out to be quite a quick game.

Battle report: Siege of Vraks - Chaos Renegades are assaulted and beseiged by the might of the Imperium.

Of course this is all for Warhammer 40K third edition, however I first started playing Warhammer 40K when the original Rogue Trader was released back in the 1980s. I had quite a few miniatures then, including Orks, Space Marines and Imperial Guard. Alas most of these I sold off on eBay but I still have some photographs. 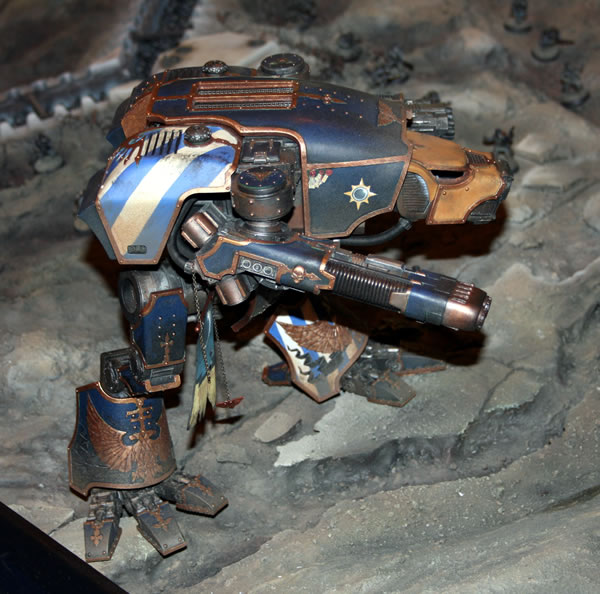