Since finding out about Flames of War, I have been, for some time, thinking about getting into it, but have been putting it off. 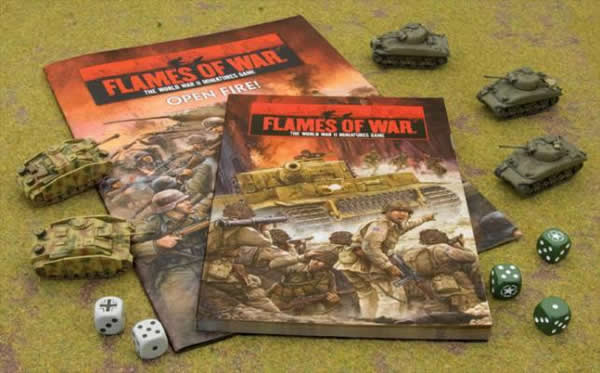 I was pleasantly surprised to find the other day in Hoobycraft of all places a starter set for Flames of War that included as well as a pocket set of the full rules, three Sherman Tanks and two Stug G Assault Guns.

Open Fire! has been carefully designed for someone who has never heard of Flames Of War before, or has seen the 256 page rulebook and not known where to start. Open Fire is not a simplified set of the Flames Of War rules, but rather a complete introductory box for a new player!

Really nice idea and perfect for me. 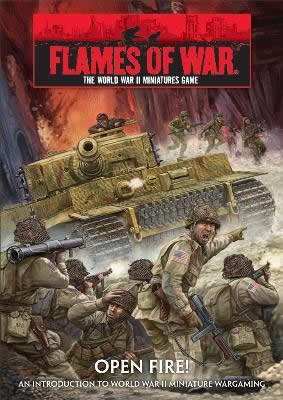 These are photographs of Flames of War miniatures. From Simon's and Felix's collections.

As well as Flames of War miniatures I also will be using and painting miniatures that I already have in my collection (from the 1990s) and some stuff from other manufacturers.

Within the workbench are various pages for the different countries and eras I am painting.

I have been thinking about some alternate Flames of War backgrounds.

One inspiration is the "Monsters" produced by Battlefront for Flames of War, which got me thinking about a 1946 background.

Another idea is to use the A Very British Civil War sourcebook.

I have purchased a War with out End 15mm US Kodiak Assault Walker.

More on Flames of War on my blog.