The photographs show miniatures from the collections of Felix. 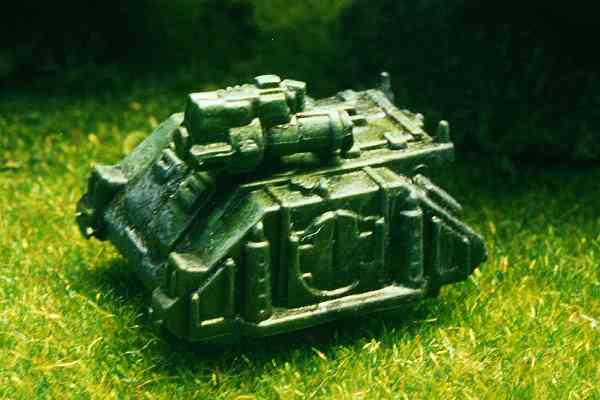 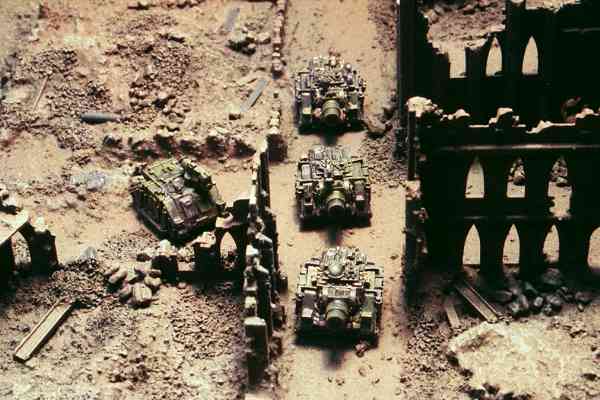 Vindicators trundle through the ruins. 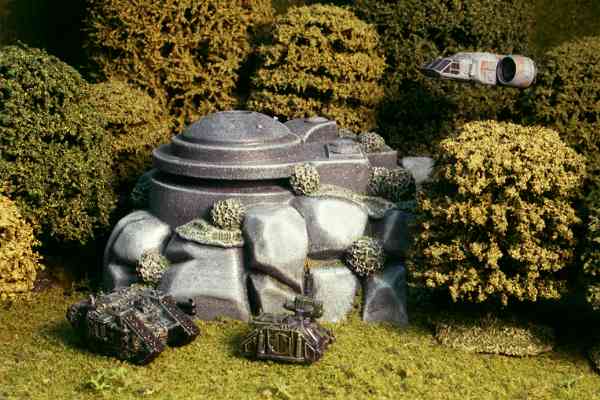 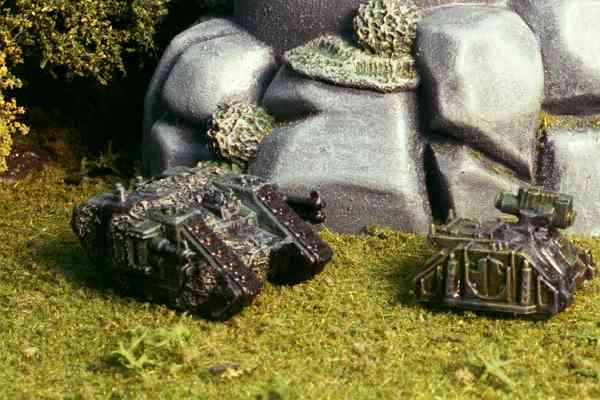 Land Raider (with camo netting) and Rhino AT. 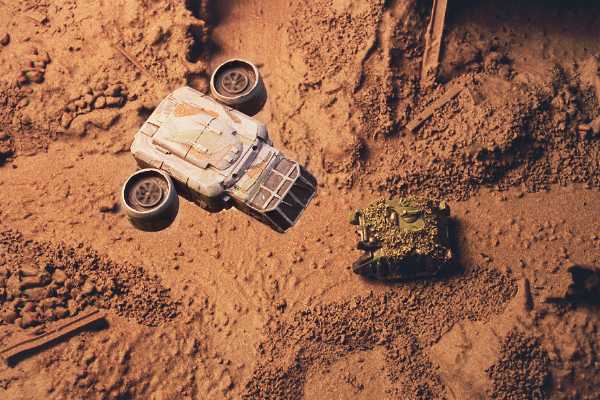 VTOL hovers above a Rhino - this image was a digital composite of three images to remove the VTOL's flying base. 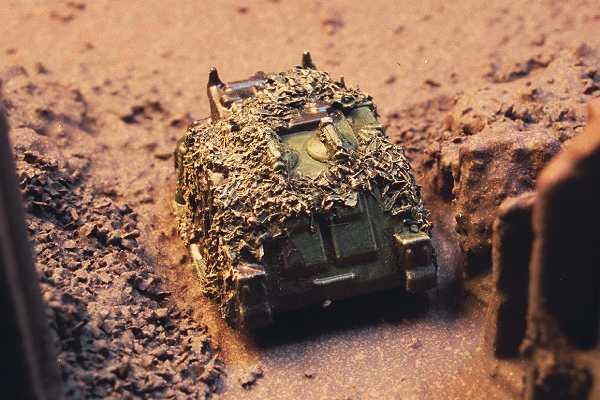 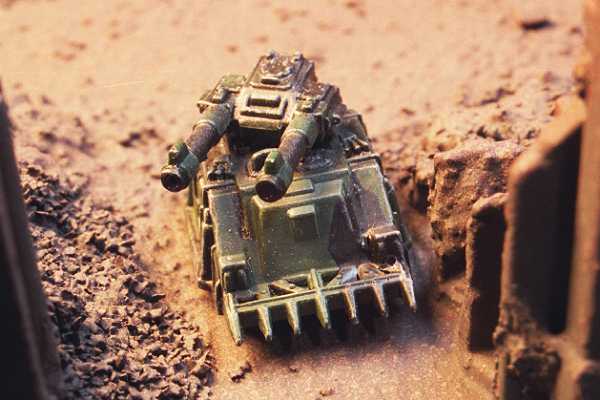