The photographs show miniatures from the collections of Felix, Simon and taken at various shows. 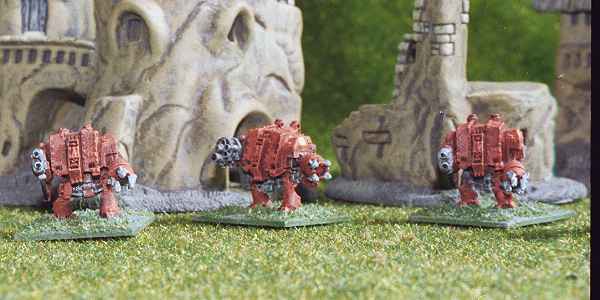 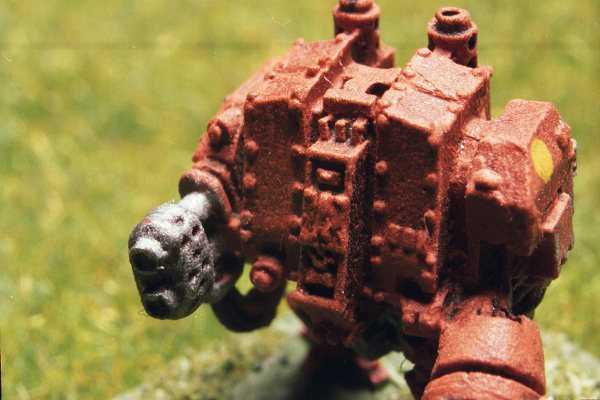 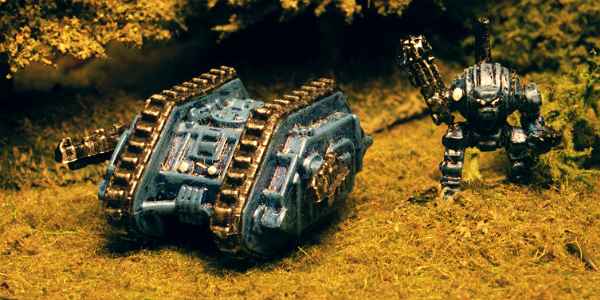 Imperial Dreadnoughts (from the plastic Stompers Box) though I use them as Robots. 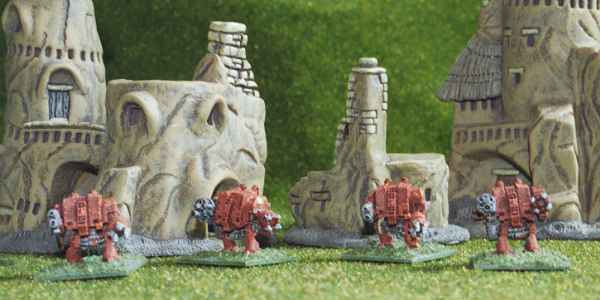 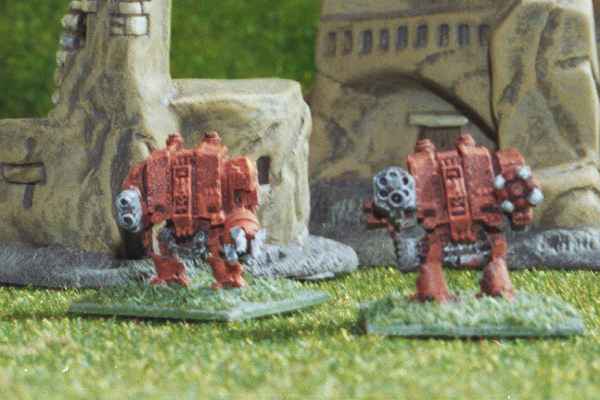 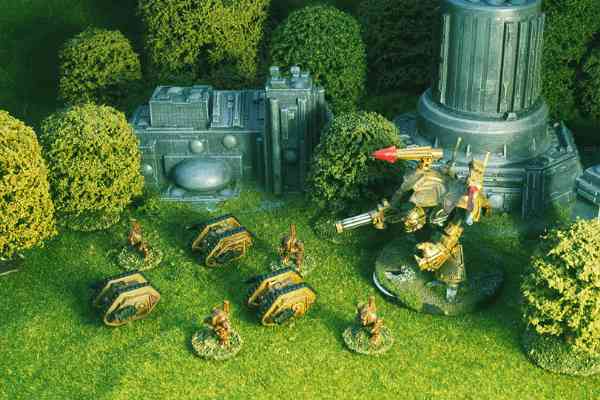 Imperial Force (lots of old models in there). 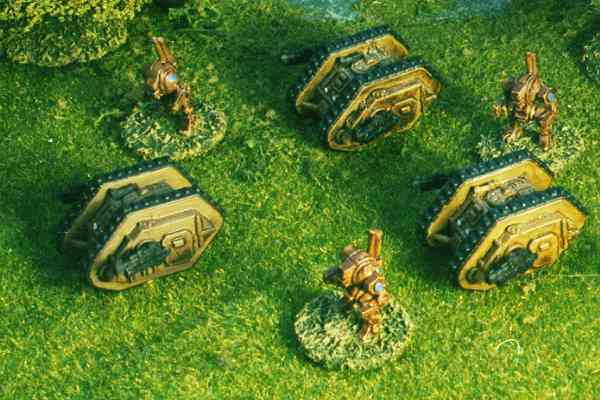 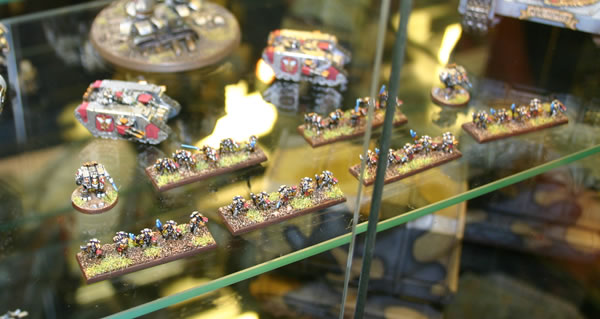 Grey Knights from the Forgeworld Displays at GamesDay 2006. 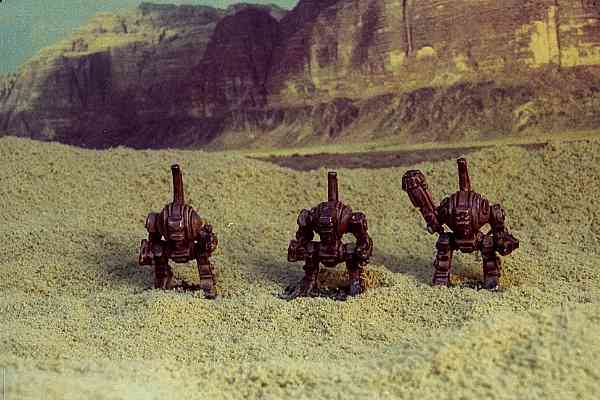 Dreadnoughts in the desert (background is a photo). 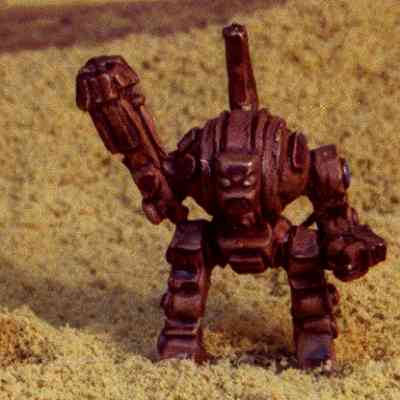