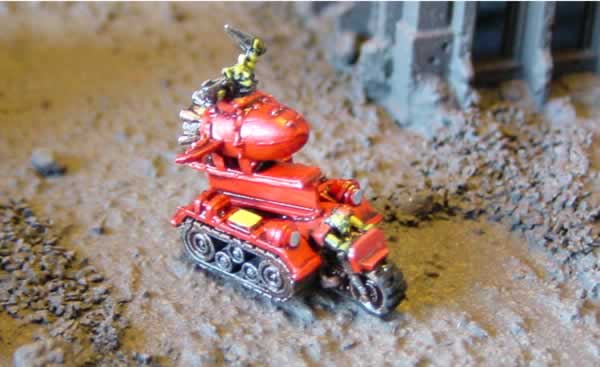 Grot Bomb Launcha - details on how to make this model. 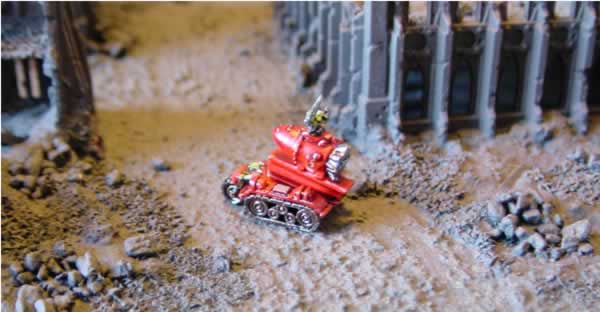 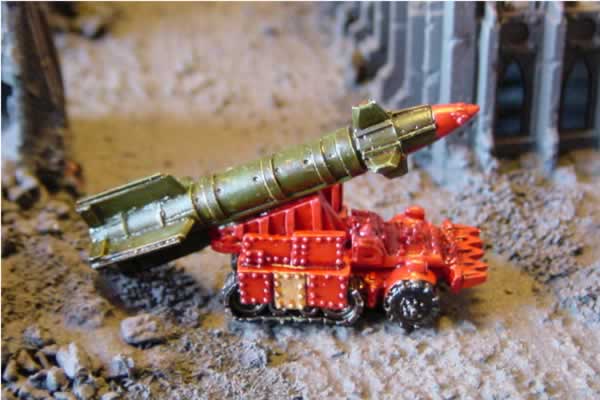 A Squiggoth with scratch-built howdah containing plastic ork infantry and some buggy gunners. 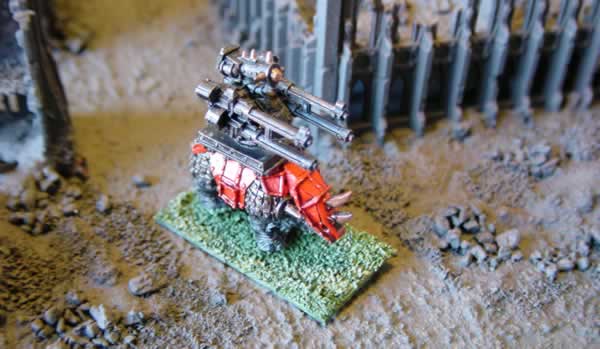 A Squiggoth with a combi-weapon of a Hydra Flak Gun and an Ork Big Gunz. 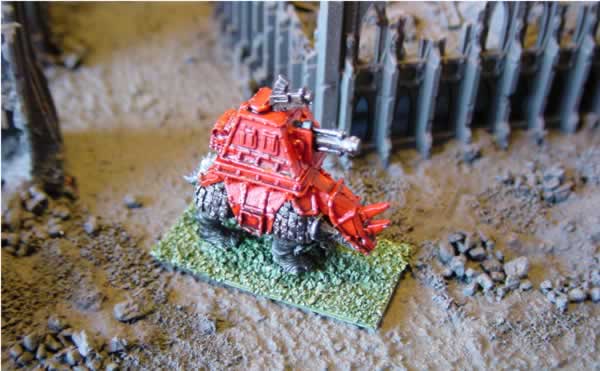 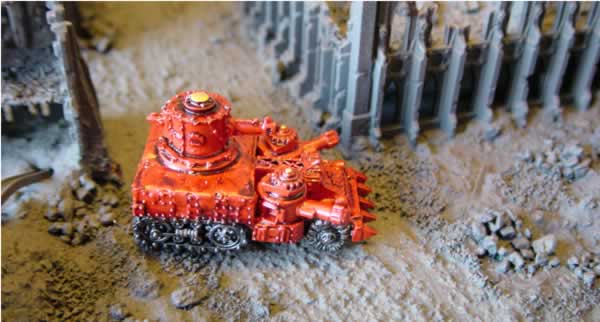 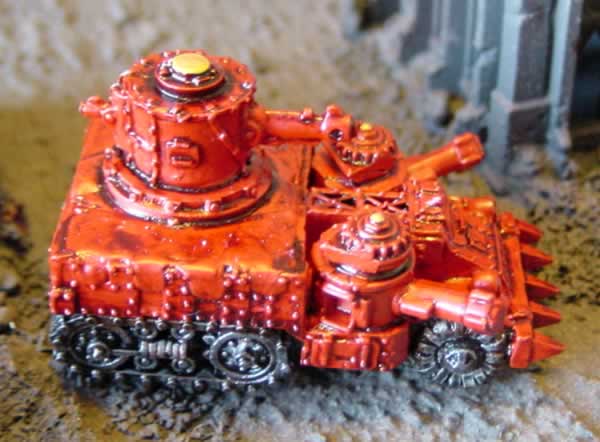 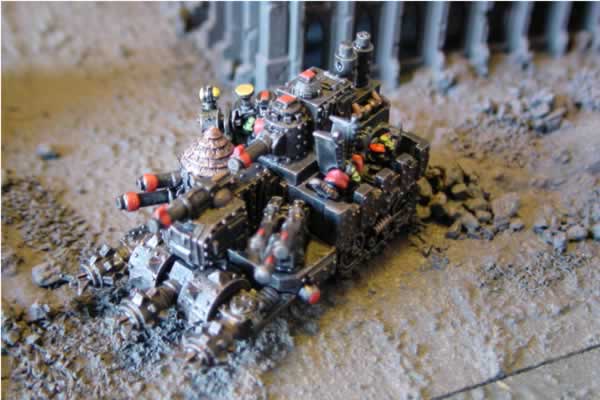 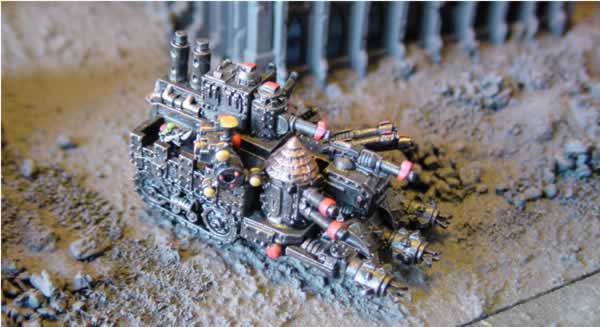 An converted Battle Fortress, complete with Flakwagon gun and boyz in the back. 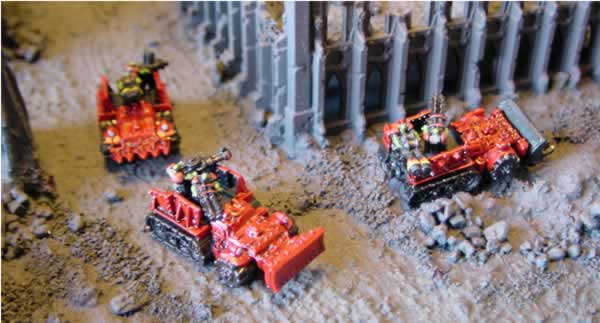 Ork Trukks full of Shootas. These are Flakwagons, Ork Buggy Gunners, some of the trukks have had shovels (Imperial bulldozer blades) added. 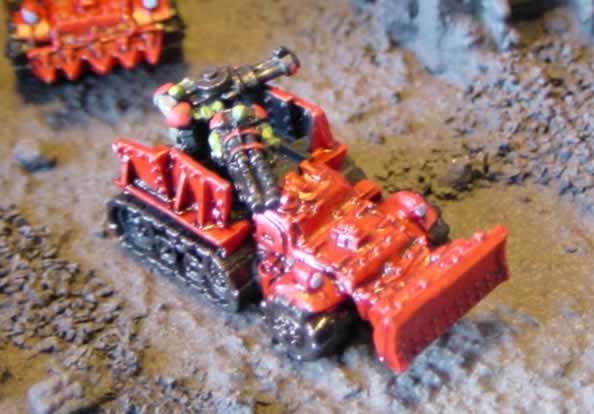 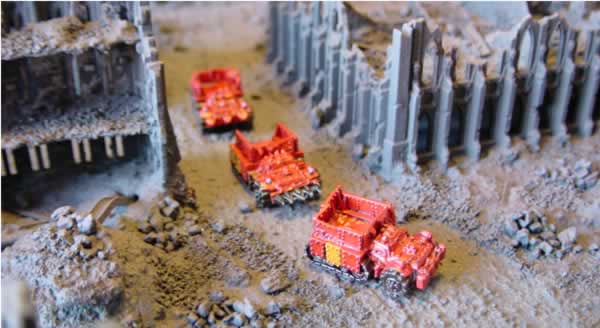 Empty Ork Trukks (some have had extra front and back bitz added to the passenger compartment, these were taken from the sides of other Flakwagons). 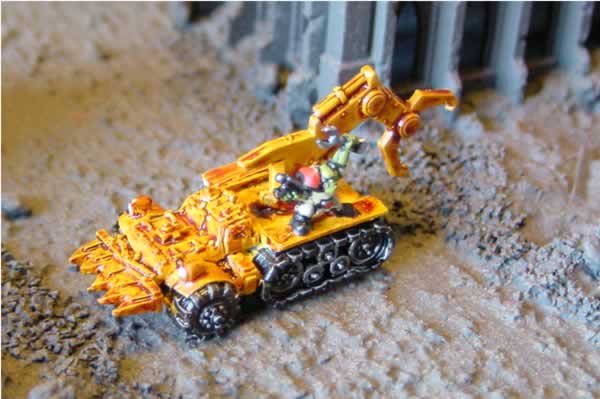 Ork Mek Trukk, designed to be used on an Orky airfield. Simply a Flakwagon with the sides removed, a "crane" added from the plastic "grabby" bitz from the plastic Ork Battlewagon sprue and a Mek stuck on. 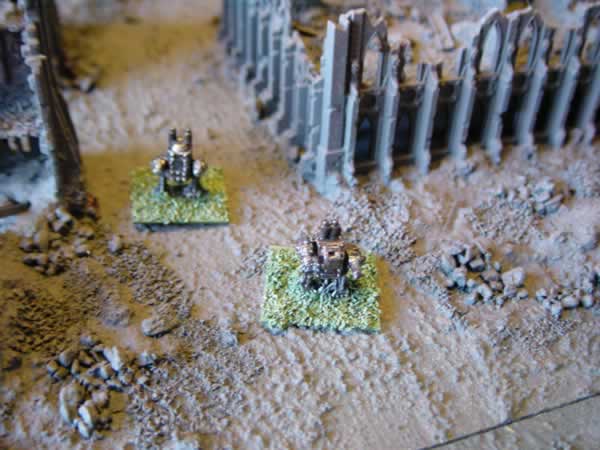 Killa Kans (easy these ones, just remove the "claws" from regular Ork Dreadnoughts) 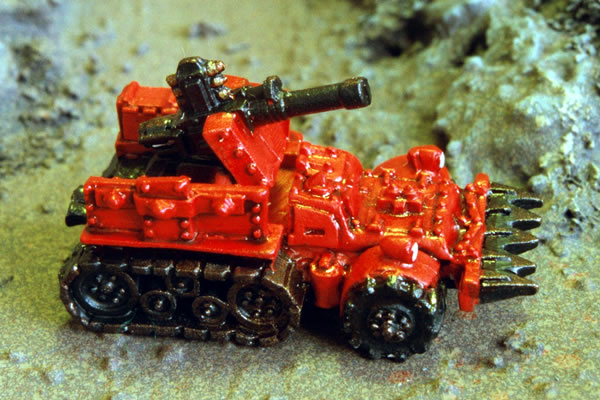 Ork Gun Trukk (Zap). Take one Ork FlakWagon, use a Big Gunz (mount on gun carriage and cut off wheels) and place where you would put the Flak gun. You could add Ork crew if you wanted. 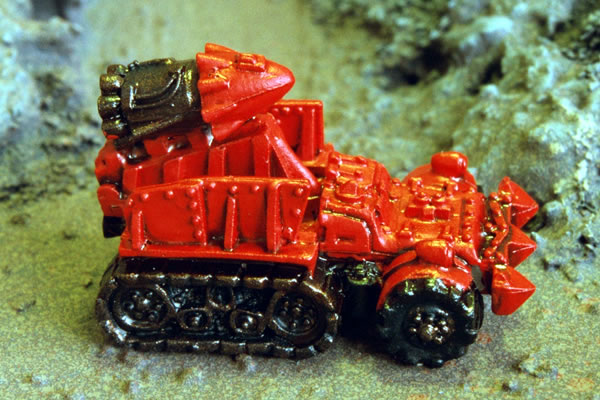 Ork Gun Trukk (Lobba). Take one Ork FlakWagon, use a Pulsa Rokkit (mount on firing launcher carriage and cut off wheels, though I have also used the "wooden" launcher which works well) and place where you would put the Flak gun. You could add Ork crew if you wanted. This Ork Trukk is not firing as a normal Pulsa Rokkit would - so remember to make that clear to your opponent. You could also use the model as a Pulsa Rokkit if you wanted. 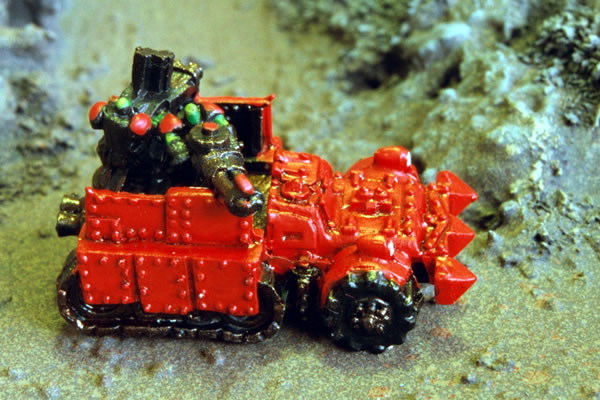 Ork Trukk. Take one Ork FlakWagon, fill in hole with green stuff and then glue in two gunners from Ork Buggies and there you are an ork Trukk ready to transport the Boyz into battle.

Another variation (this time not from Epic Magazine #2) is viewing this Trukk more as a M113 ACAV style vehicle. 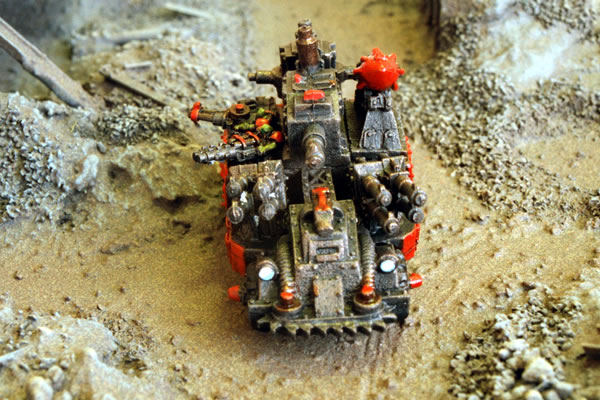 Ork with added Ork Gunners, Pulsa Rokkit and Gunz taken from Flakwagons to replace the original turrets. Rules to follow. 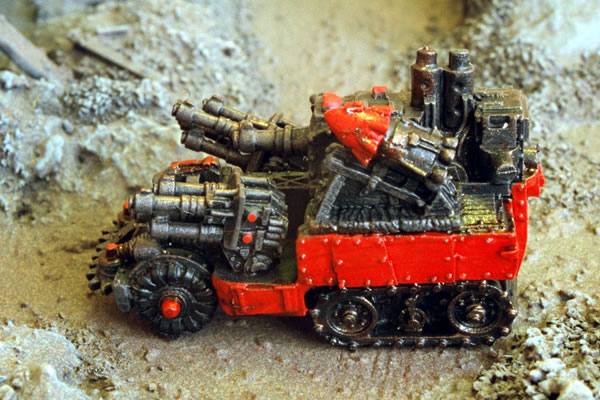 This shows a side-view of the Ork Battlefortress with Pulsa Rokkit and FlakWagon guns. 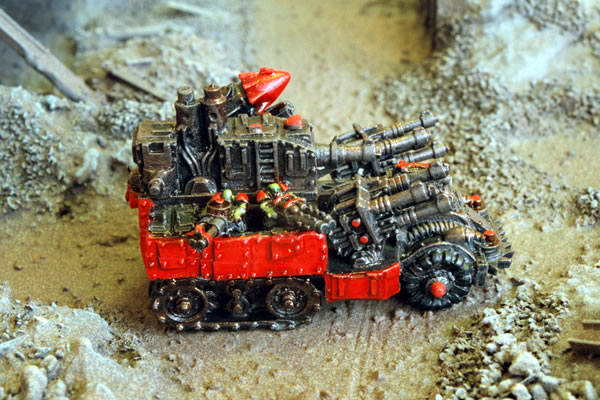 ...the other side showing Ork Gunners. 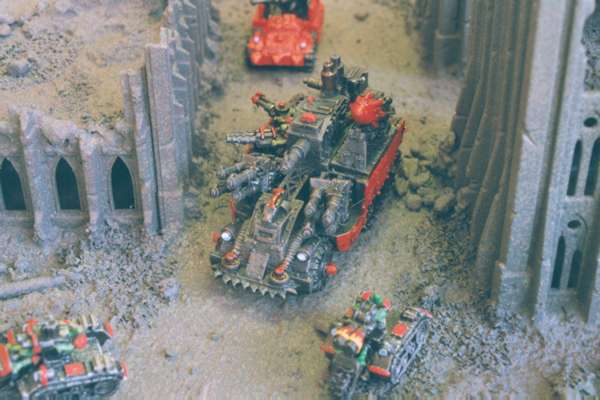 Ork Battlefortress trundles through a ruined Imperial city supported by Wartraks and Trukks.