This page was last updated on the 7 February, 2011

Inquisitor Lord Fyodor Karamazov's reputation as a ruthless, unforgiving Witch Hunter was already well known throughout Segmentum Solar when he famously clashed with Ecclesiarch Decius XXIII in 945.M41. The confrontation almost came to outright battle, and concerned the excruciation and eventual immolation of a young preacher from the world of Salem Proctor. This world had broken faith with the Ecclesiarchy, its apostate cardinal turning the world's resources to his own ends and casting out all who defied him. Inquisitor Lord Karamazov led a fleet, together with two entire orders of the Adepta Sororitas, to dispose the apostate cardinal.

From photographs taken at Warhammer World. 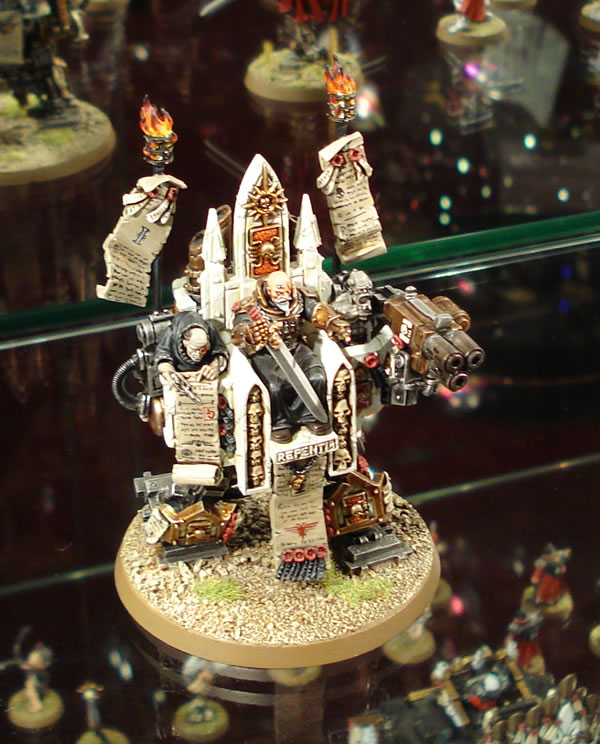 Inquisitor Lord Karamazov on Throne of Judgement at Warhammer World.