The Marauder Destroyer varient was developed during the second war for Armageddon after heavy losses in the Naval airforces. Orkish dominance of the skies over certain areas of Armageddon forced the few remaining Marauders to be refitted to operate at night, flying at extremely low level where they could evade detection. Their new heavier weapon payload made anything which got in the way seriously regret it! 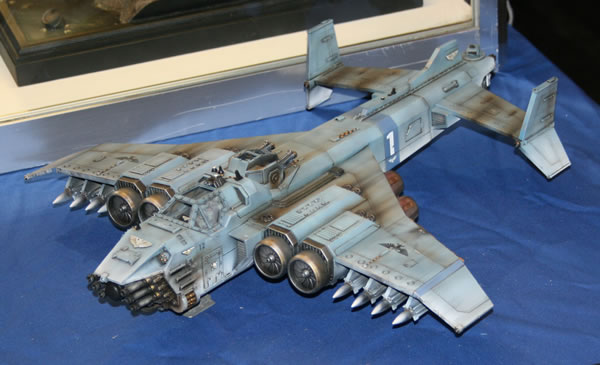 Marauder Destroyer on display at GamesDay 2008.