We have added a section on Flames of War.

Free rules online, we are currently looking at publishing online various rules sets, these would include Krazy Ivan and Tally Ho.

We are currently looking at making available (in pdf format) record sheets, threshold cards and other useful stuff for players of Star Trek Full Thrust. Some problems with software compatability (well they were created sometime ago on a Windows 3.1 system). 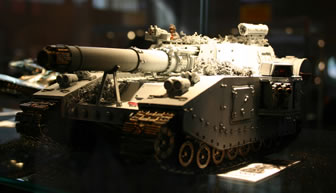 Welcome to the editorial page of the Felix's Gaming Pages website. The purpose of this page is to bring you news about the site.

News and views on games, new releases, industry news, modelling, painting and then some. Click here to read the blog. We have recently moved to a new web address, however the old blog will be remaining online.

21st February 2009
Added photographs taken from a Warhammer 40K game. Through the ruins - An Ork horde attacks Imperial Guard forces in the ruins of an Imperial City.

3rd February 2009
I have added a Stompa section to the Orks Gallery. Various sections of the Workbench updated as well. 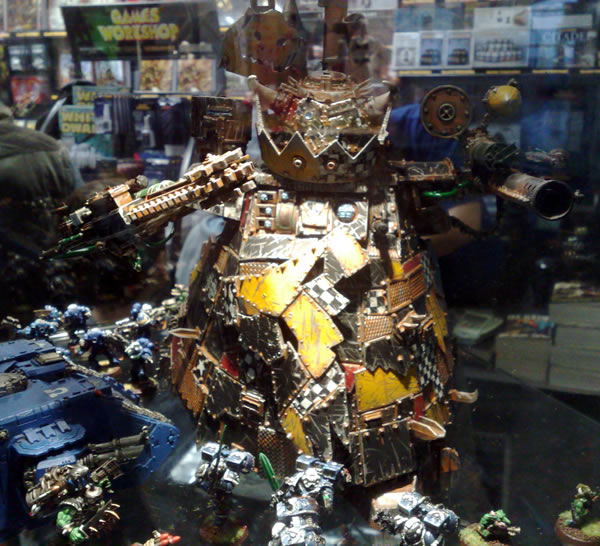 4th January 2009
I have updated various pages and sections across the site. I have added an Old West workbench as I got some models for Christmas. I have also added the Ork Battlewagon to the Ork workbench as I purchased that model today. I have added a new gallery of photographs from a World War One demonstration game at GamesDay 2008. The BaneBlade section of the Warhammer 40K Miniatures Gallery has been expanded and an Ork Skullhamma section and a scenery and terrain section added as well.

28th September 2008
I have improved the search functionality (see search box above) so that it is easier to find stuff on the site. The search now also searches the blog as well as the main site.

One of my next tasks is adding images I took at GamesDay 2008 to the different sections and galleries on the website, the fact I am still doing this with the GamesDay 2007 images means it probably won't be done quickly.

15th September 2008
I have added all the images from my trip to GamesDay to their own online gallery. You can see the results of my "live" coverage and analysis on the blog. 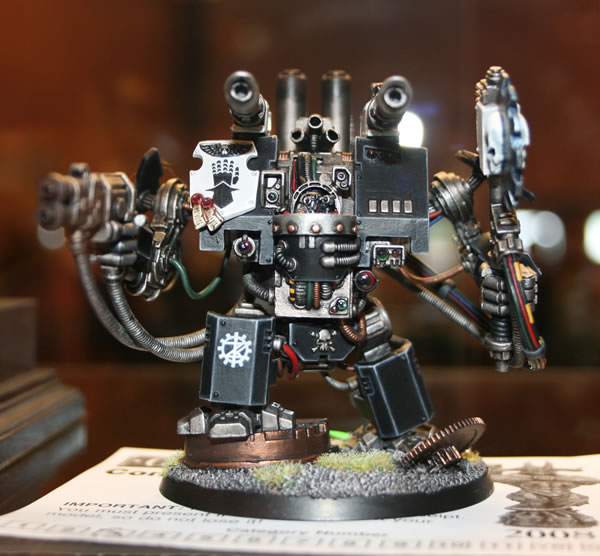 2nd June 2008
I have added workbench features on an Ork Pulsa Rokkit and some new Ork Boar Boyz. I have also added more work in progress shots to the Ork Big Mek!

30th May 2008
I have added many more photographs of work in progress pictures from my workbench, including my Daemonhunters Stormtroopers and Black Templar Cenobyte with Relic.

I have also added the photographs from Aly Morrison's and Dave Andrews excellent World War One demonstration game which uses the Warhammer Historical rules and was on display at GamesDay 2007. The game was full of wonderful details and well painted miniatures and excellent scenery. I spent ages looking at it. There are three pages of photographs: Page 1 - Page 2 - Page 3 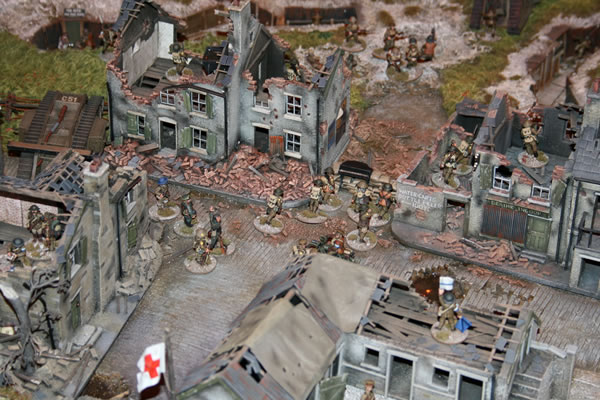 23rd March 2008
Added some more photographs to the Tyranid Gallery.

14th January 2008
As well as adding more photographs to the Warhammer 40K Miniatures Gallery and the Workbench, I have also added a gallery of photographs of the excellent World War One demonstration game which was on display at GamesDay 2007.

17th December 2007
I have added some photographs of Dark Eldar Raiders to the Warhammer 40K Miniatures Gallery. Various other photographs have been added to other sections including the Witch Hunters, Tau and Imperial Guard.

Jimbo's Workbench has been updated a lot and lots of work has been done on a lot of models. Check out my Stormtroopers, the Repressor, Grey Knights Razorback and Grey Knights Land Speeder. I have also nearly finished my Ork Gunwagon, Looted Rhino and Ork Bommer.

The menu has been expanded to make it a little easier to navigate the site, and I have started to remov many of the comment options, in the main as no one was making comments, and they do slow down loading of the site.

Remember to check the blog for the most recent news and updates.

30th November 2007
I have added a Doctor Who section to the website, it is early days, but I expect to add to it over the next few months.

29th November 2007
I have revamped and updated the books section of the website.

10th November 2007
I have updated my photographing miniatures section of the website, which was starting to look rather dated.

I have expanded the Chaos section of the Warhammer 40K Miniatures Gallery.

Various other pictures have been added to other sections in the gallery.

New sections have been added to the Ork workbench.

6th November 2007
After running my gaming blog for many years using iBlog I have decided to move over to WordPress. I have been using WordPress for my new(ish) food blog and have been impressed with the ease of use and the “interoperability” with the Web 2.0 world.

I suspect though the main reason for moving over is a current problem I have with iBlog, in that I have had to reset the blog and republishing was taking days, and in the end I gave up waiting…

I am hoping though that I can “import” my previous blog entries, and I certainly won’t be deleting the old blog so those entries will remain online.

Check out the new blog.

7th May 2007
I have added a Doctor Who section to the website. This will eventually cover wargaming in the world of Doctor Who.

I have also updated the Warhammer 40K Miniatures Gallery and I have also added some more pictures to other galleries.

16th April 2007
I have updated the Warhammer 40K Miniatures Gallery and I have also added some more pictures to other galleries.

7th January 2007
I have added a new section to my Daemonhunters workbench feature in the shape of a MkIIb Land Raider. I have also updated the Grey Knights Dreadnought section on the workbench as well.

5th January 2007
I have changed the top menu, from the graphical format to a text based format, partly to be more accessible, but also as the site changed the graphical menu was out of date. I am going to sort the CSS file as well to improve the appearance.

5th December 2006
I have been making quite a few updates to the site over the last two months, the main addition is a Warhammer 40K Miniatures Gallery.

20th June 2006
I have added all the photographs to the Warhammer 40K Battle report. I have also updated the workbench articles on my Forgeworld Ork GunWagon and Forgeworld Epic Ruined Librarium.