This was an interesting game. Simon had just finished his 40K scale Forge World Valkyrie and wanted to use it in a game. Knowing his "luck" I expected that the Valkyrie would fly in and one of my grots would take a shot and shoot it down... at which point Simon would be slightly annoyed!

Therefore I created this scenario which has forty Imperial Guard, with Heavy Weapons, a Tarantula Sentry Gun but no tanks. They would be dug into one end of the table and their objective was to get at least twenty troops off the table.

They would be taken off table by a flight of Valkyries that would fly in, strafe the Orks before landing, allowing the Imperial Guard to embark and fly off.

My Orks job to stop all this!

Though the first picture is of a ruined tank, a Forgeworld Medusa. 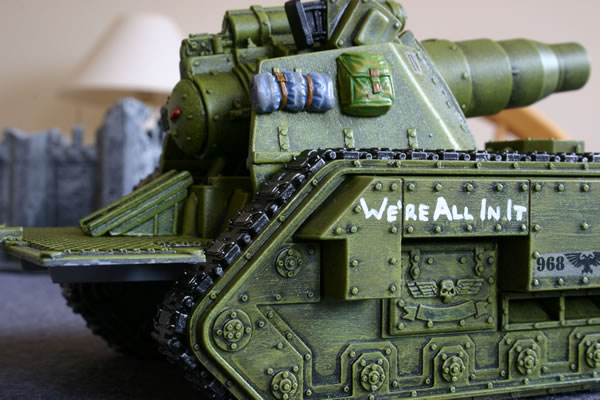 The Ork forces prepare for battle and they have within their arsenal a Grot Bomb Launcha. 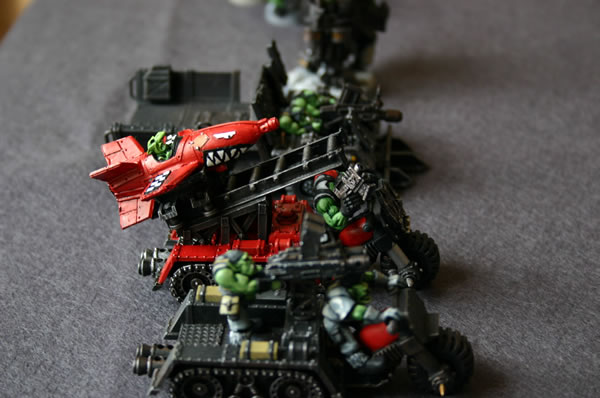 The Valkyrie flies in and lands... just for the camera really! 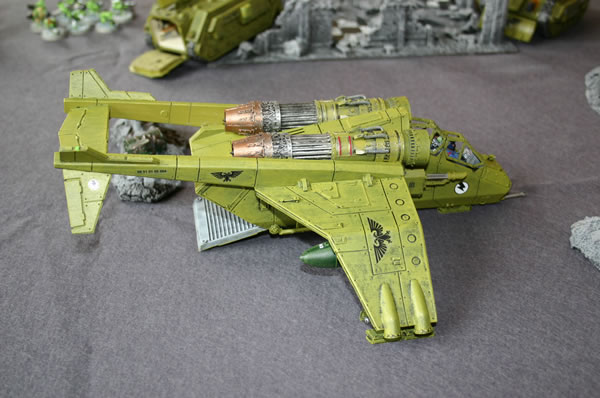 Cockpit of the Valkyrie. 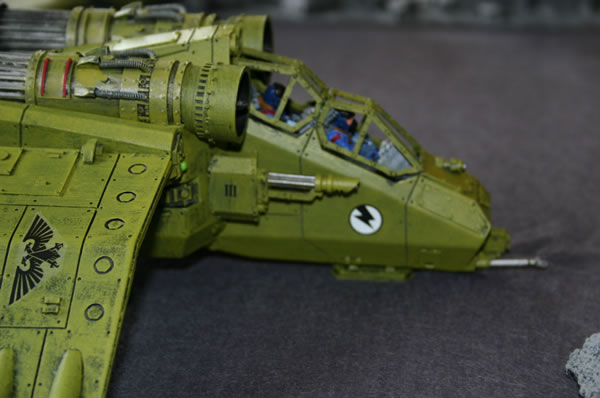 Overhead shot of the VTOL flyer. 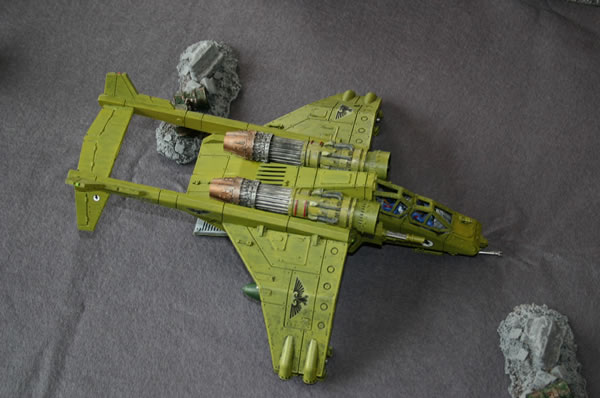 Ork Wartrakk attempts to shoot down the Valkyrie as it flies overhead, requiring a six to do so, well it hit but with frontal armour of 11 and a strength 5 twin linked big shoota it was going to have a hard time doing any damage... 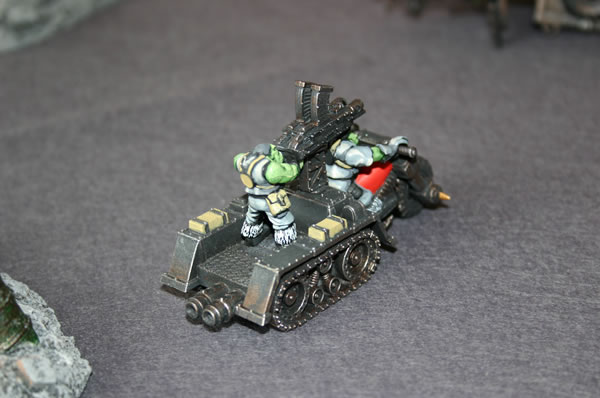 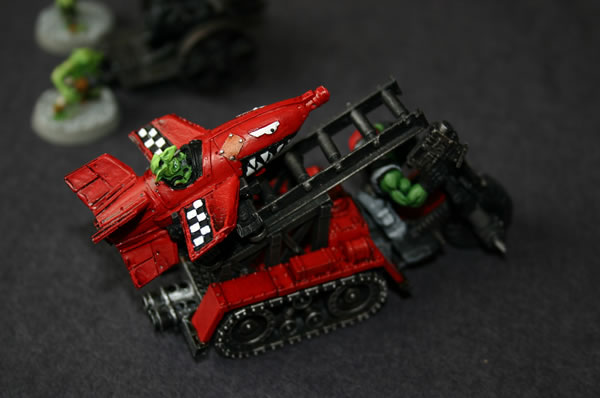 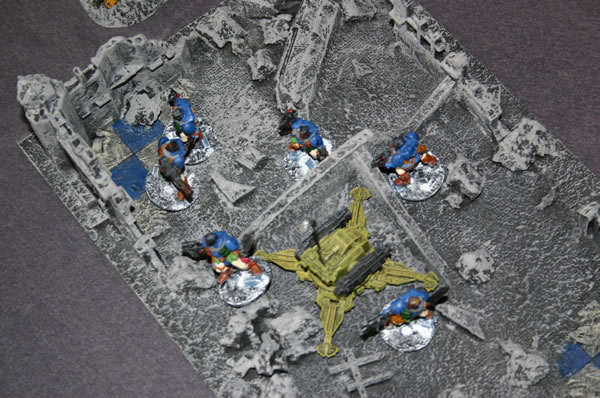 Killa Kan alongside a Wartrakk pour weapons fire into the enemy positions. 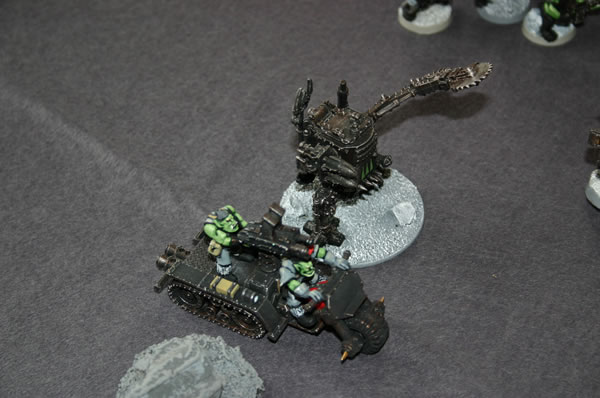 Grots swarm over the destroyed Medusa in an attempt to do something remotely useful. 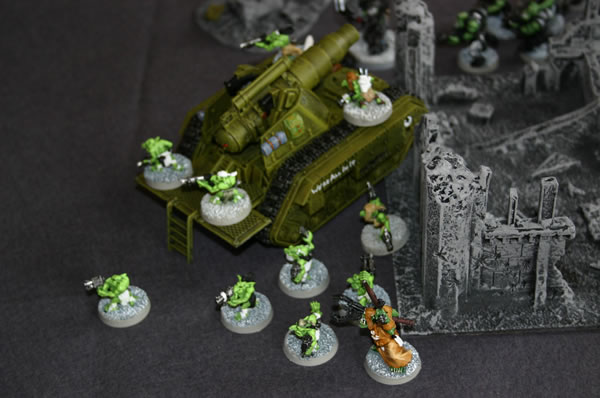 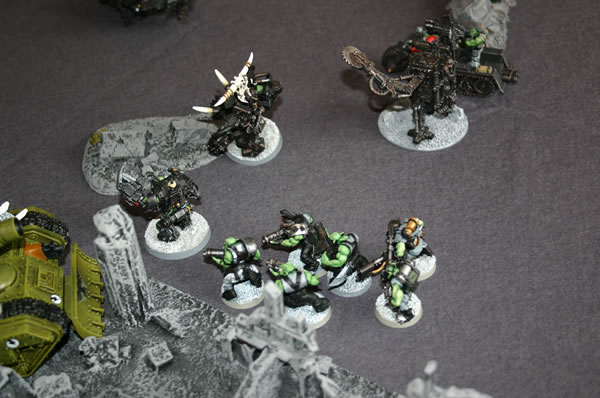 A squad of Imperial Guard wait patiently for their transport out of here... 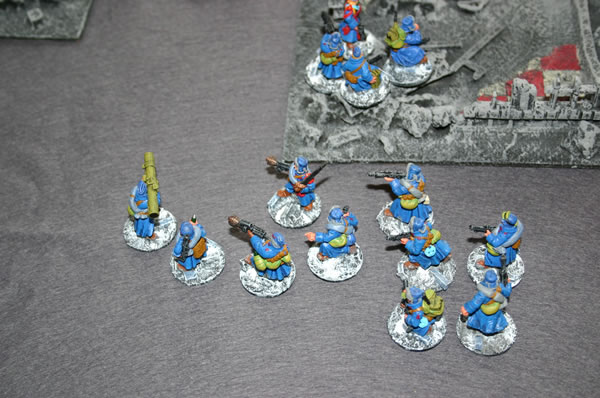 Well it was pretty much a success for the Imperial Guard with only four casualties and everybody else off the table. Main focus of the Ork weapons fire was on the Valkyries which was very difficult to hit and even more difficult to actually damage...