Find out more about what I am making and news from the web as it happens, click here.

Check out my Fuel Depot.

One of the things I liked about Cities of Death was the large Ork "town" which was there alongside the ruined Imperial Cities. I know I will never have the time, space or resources to make something similar, but I did like the concept and thought it would be nice to have some buildings for my Ork Airfield, well at least something that could be used alongside my Ork Bommer.

So I took an old DVD-R spindle tub I had, these are available in various sizes depending on how many disks there are, I used a 25 disk tub.

Once you have finished with the disks, you do have the basis for a good building. They come in various sizes as well, 25, 50, 100, therefore you can have different heights as well. 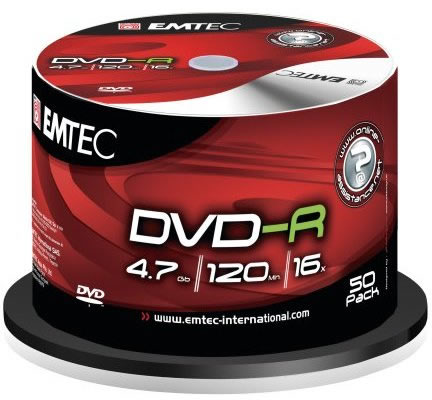 The first thing I did was cut up some plasticard, wooden sticks and Starbucks™ wooden stirrers into similar lengths. I also delved into my bitz box to get some parts, in the main from Imperial vehicles, ie Rhino and Land Raider doors.

Using strips of wood, Starbucks™ stirrers, plasticard, bitz from Imperial vehicles, I stuck them to the side.

Then using a hot glue gun

When I thought about the floor of the fort, I did initially think about adding a series of wooden planks or metal sheets, however in the end I went with using modelling sand, which I think will look quite effective when painted and somewhat Orky. 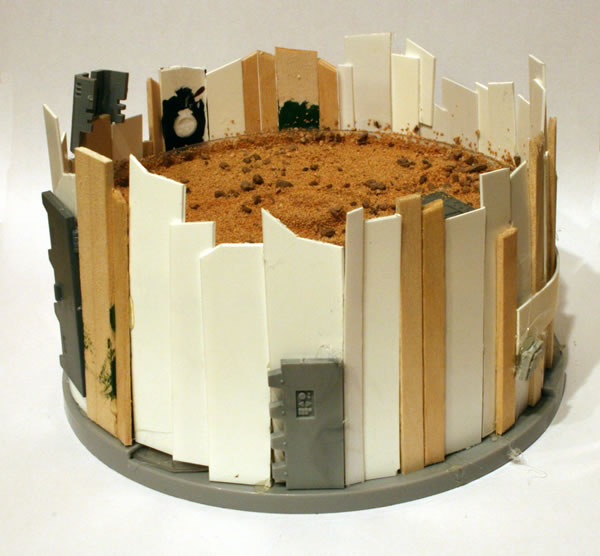 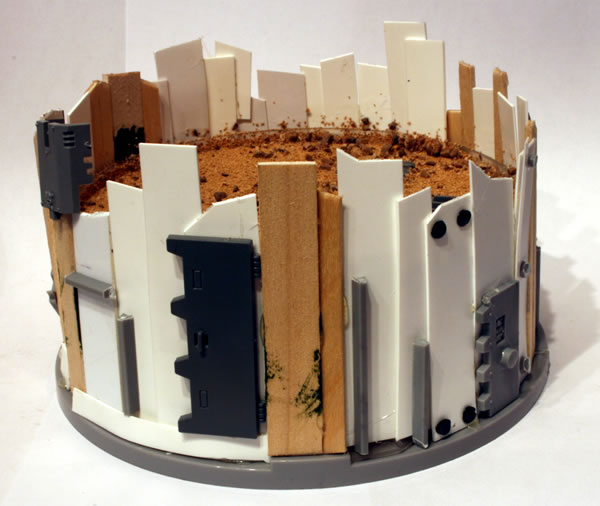 This view gives you an idea of how the sand floor works. 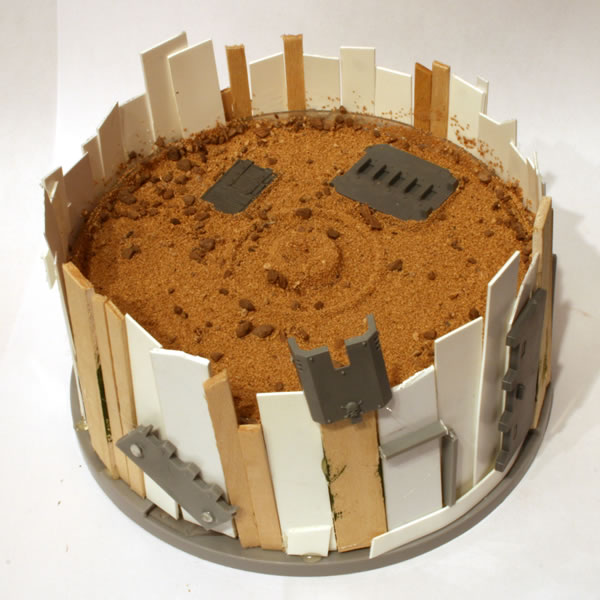 These Orks should give you an idea of scale. Have ordered some ladders from GW so that should add another feature. 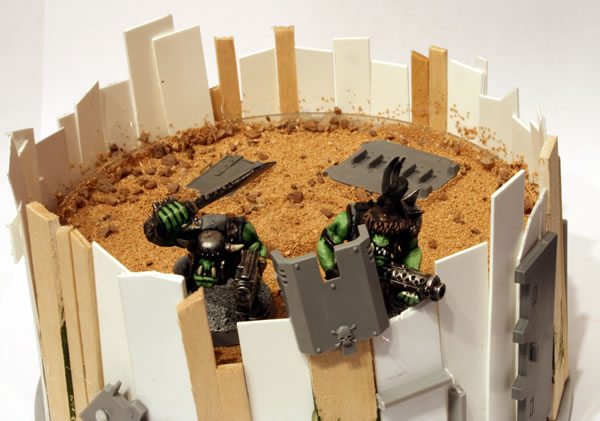